Teledyne-FLIR took advantage of the Commercial UAV Expo to introduce its latest product for the commercial UAS market: the VUE TZ20-R, which incorporates a pair of Boson camera cores delivering 640×512-pixel thermal images up to a maximum of 25 frames per second. Each of the two cameras mounts a different lens, providing both a wide and narrower field of view. Combined with an integrated digital zoom capability, this provides up to 20x magnification with four times as many pixels on target than a comparable single-camera system. 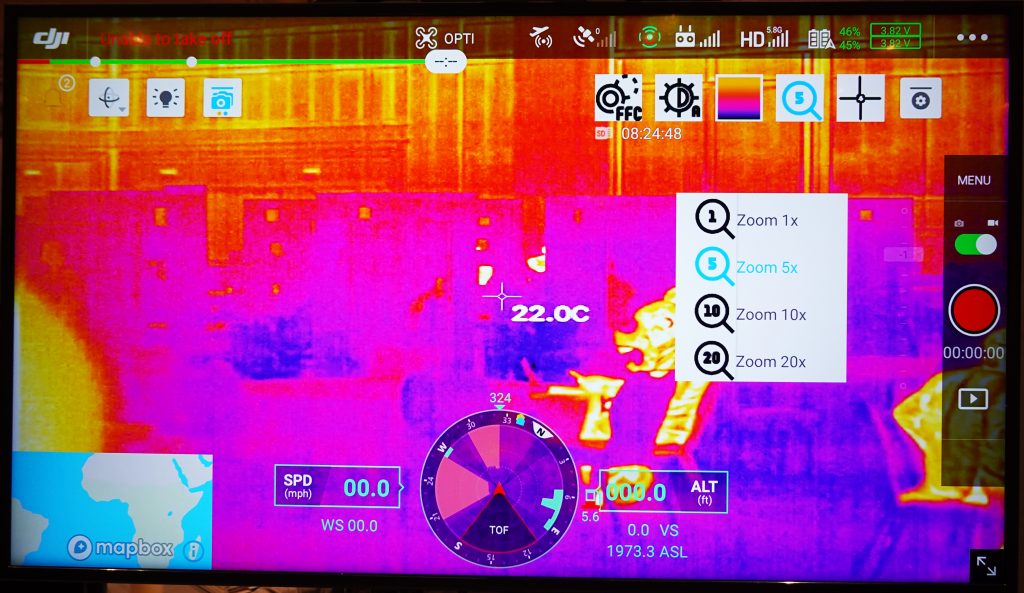 Built in compliance with DJI’s Skyport 2.0 standard for third-party payloads, the TZ20-R is fully compatible with the company’s M200 and M300 series aircraft, making it ideally suited for professional emergency response and industrial-inspection missions. Radiometric calibration allows the system to return accurate surface-temperature measurements at range. The cameras are mounted on a three-axis gimbal and environmentally sealed to the IP44 standard, allowing it to operate safely in inclement weather and dusty environments. The complete system weighs 640 grams.